How a bit of laziness can save the bees 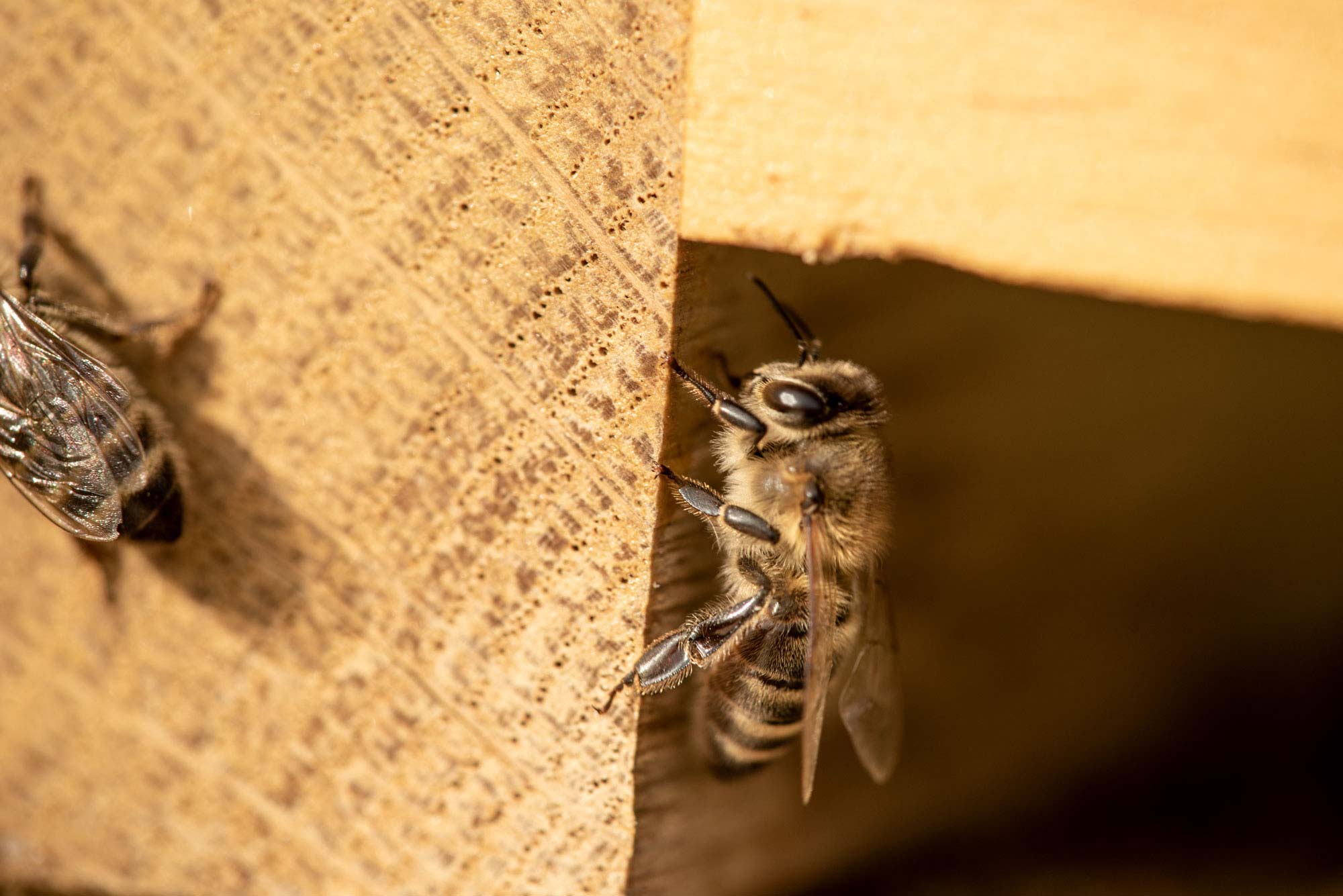 Bees are indispensable for humans to continue to thrive. Most of us, however, know bees simply as “honeybees”. Discover the honeybee’s important relatives, the superpowers they possess and how easy it is to protect bees with a bit of laziness.

Small, fuzzy and a bit bumbling with a black-and-yellow behind. They’re simply cute. No insect has as good an image as the honeybee—thank you, Maya the Bee! They indefatigably pollinate plants, collect nectar and give us the sweet gift of delicious honey. Yummy! The average person in Germany consumes over a kilo of honey each year, so the bees have their work cut out for them.

News reports regularly crop up about how these cute yet important animals are facing the threat of extinction. The causes have yet to be determined, though scientists say pesticides and monocultures are likely at the root of the problem. Parasites like the Varroa mite, which can wipe out entire hives, as well as climate change in general are also to blame. If we’re to heed Albert Einstein’s warnings, it’s easy to slip into panic: “If the bee disappeared off the face of the Earth, man would only have four years left to live.” Is the situation really so dire?

Not all bees are of the same stripe

It’s important to distinguish between the different varieties because not all bees are of the same stripe. The differences are actually quite massive, especially between honeybees and solitary bees.

There are only nine species of honeybees in the entire world. These are “high-performance bees” bred specially for one purpose. Due to human selection, they have also become more resistant to the dreaded Varroa mite. Honeybees live in swarms of up to 60,000 specimens, each with its own specific role. Because of the important function they serve for mass-flowering crops such as rapeseed, they have the most economic utility of all the animal kingdom after cattle and pigs. But because of their indispensable role as pollinators, they certainly deserve first place! 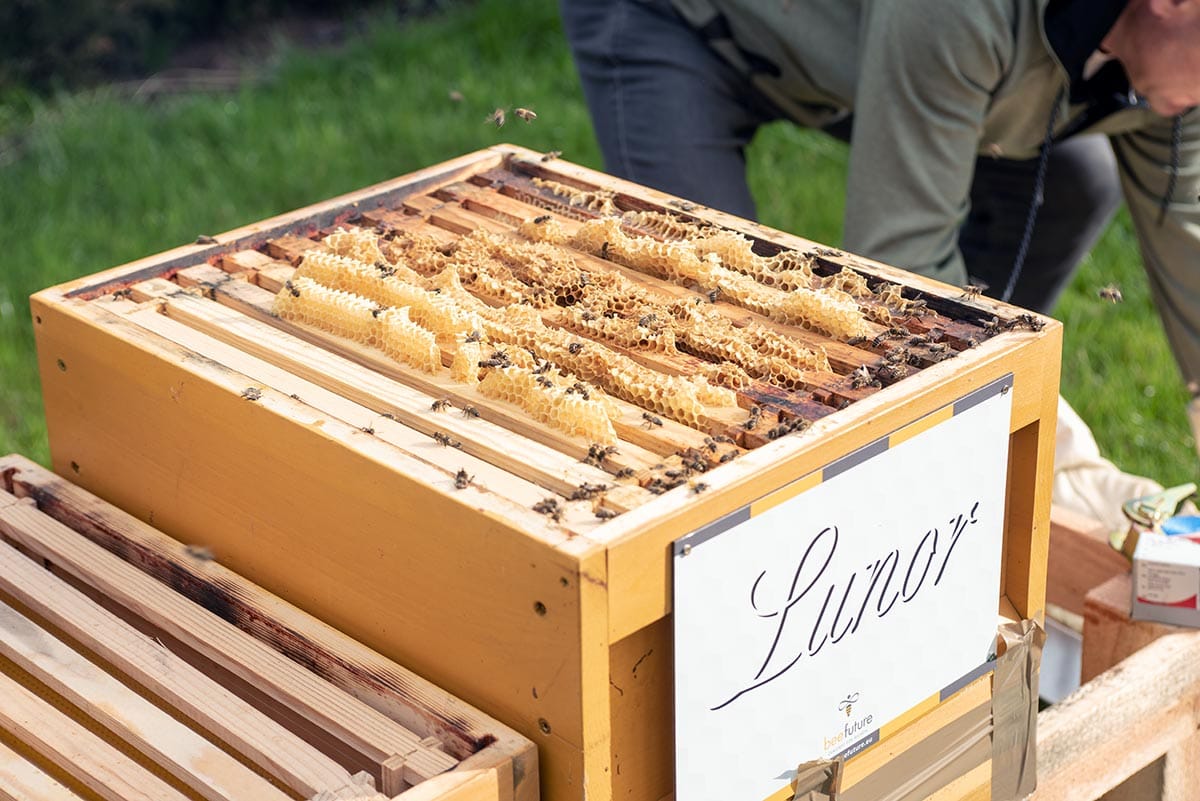 Solitary bees, on the other hand, live in the shadow of honeybees. They’re a bit like the honeybee’s older sister craving the attention its younger sibling is getting. We need to raise awareness of these solitary bees and increase our efforts to protect them. There are around 550 species of solitary bees in Germany alone, and it is estimated that around 30,000 species exist worldwide. Many of these species have neither a fluffy yellow–black coat, nor are they gregarious specimens that live in swarms. Despite the considerable benefits they offer, it’s difficult to market these solitary species. For instance, they are considered to be more productive pollinators than their bred honey bee relatives. Scientists expect that a field with 100 honeybees and 50 solitary bees will be more effectively pollinated than a field with 150 honey bees only. Because they live alone instead of in swarms, thus eliminating the need to defend the hive and its honey supply, their stingers are also too small to penetrate human skin. If that doesn’t make these creatures more likable, we don’t know what will!

Check-in at the bee hotel 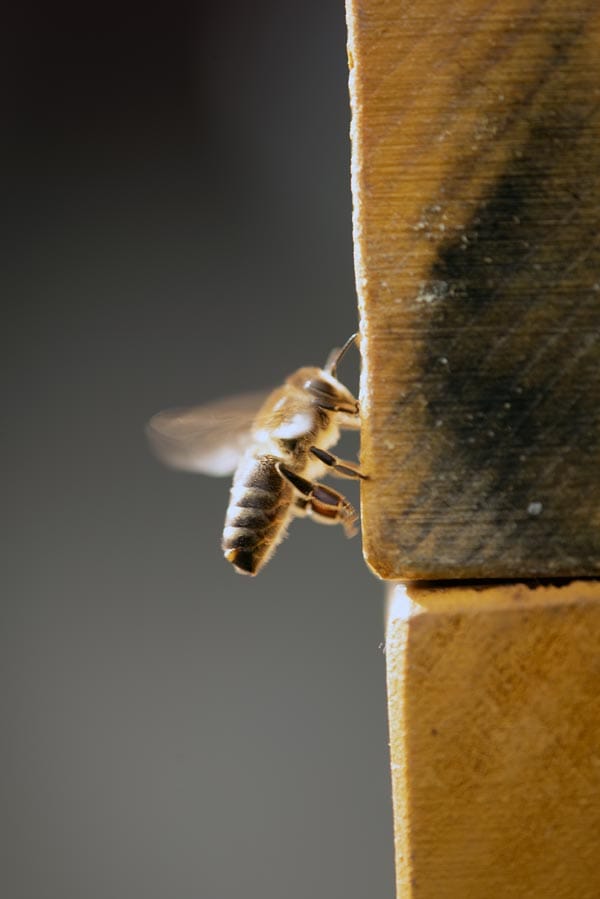 The problem is that, without us humans looking after them, solitary bees are left to fend for themselves. Nobody is around to maintain their habitats or pack them up and bring them to the next sunflower field, where the sweet fragrance of nectar is abundant. Solitary bees simply keep more to themselves. Some of them feed on a single species of plant, giving rise to proper symbiosis. This means that, if there is a decline in these plants, these bees have a real problem. A large majority of solitary bees nest underground, requiring exposed, unmolested and protected areas. Other species use the stems of plants or cavities in wood. Some solitary bees also seek accommodation at bee hotels that humans have set up for them. Unfortunately some of these hotels are more eye candy for humans than they are viable shelters for the bees, which can lead to the larva inside them dying off.

Because solitary bees tend to fly only short distances, the most beautiful hotel doesn’t do any good if there’s nothing to feed on in the vicinity. In order to protect solitary bees, we need to provide a substantial, all-inclusive buffet; plants need to be in bloom throughout the entire season. If you’ve got a green thumb, we’ve got good news for you: solitary bees love weeds, the very things we struggle ridding our gardens of. This means we can forget about the spadework in good conscience and simply let a corner of the garden be a garden. That’s how easy protecting biodiversity can be. Bees also love to feast on lush herbs like mint and rosemary.

Companies have also begun to take note of the importance of protecting the bees. Many have large parcels of land where beehives can thrive undisturbed. Right now, the Lunor beehive is all abuzz. From the hive, the nearby conservation area and the Black Forest are just a short flight away. “We know that our honeybees are doing well and that our beekeeper is keeping them healthy,” explains Ulrich Fux, chairman of Lunor AG. “But for us it was important to raise awareness for all species of bees.” Never mind all of the delicious honey employees get to take home every year …